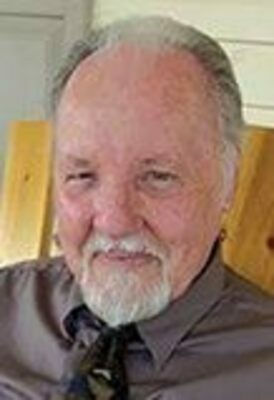 Frank Ray Edwards, 81 years of age, passed away peacefully, surrounded by his children in his last hours, October 27, 2022, at Russell County Medical Center, Lebanon, after a brief illness.  Born June 28, 1941 in Dickenson County he was the son of the late Arcie Oliver and Myrtle Esther (Deel) Edwards.  He retired from Island Creek Coal Co. after he suffered a stroke in 1996.  He spent the majority of his adult life living on Airport Road in Vansant with his loving wife before moving to Lebanon in late 2018. He loved to go bowling with his buddies, working in the yard, playing cards and games, and was a very active, dedicated member and Deacon at Millerview Primitive Baptist Church where he enjoyed worshiping Jesus Christ, his Lord and Savior.

In addition to his parents, he was preceded in death by his loving wife of 48 years, Janet Elaine Edwards; two brothers, Larry Edwards and Clifford Edwards and a sister, Fairy Arlene Edwards.

Funeral services were conducted at 3 p.m. Sunday, October 30, 2022 at Haysi Funeral Home with Elders, Garnell Gilbert, Jim Duty and Noah Kim Edwards officiating.  Burial followed in the Robinson Cemetery, Neeley Ridge, Clinchco. Family and friends served as pallbearers. The family received friends after 6 p.m. on Saturday, October 29, 2022 at the funeral home where an evening service was held at 7 p.m. Online condolences may be sent to www.haysifuneral.com.

Haysi Funeral Home is in charge of arrangements