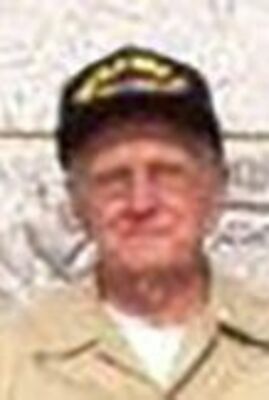 Elmer Otis Mullins, age 95, passed away on Tuesday, April 27, 2021 at Holston Valley Medical Center. He was born April 28, 1925 in Clintwood, to the late Ezra and Gladys Mullins. Mr. Mullins was a lifelong resident of Dickenson County. He enlisted into the United States Army at 18 years old and completed his basic training at Camp Edwards in Massachusetts. He left the United States on May 3, 1944 aboard the USS William Mitchell and landed in Glasgow, Scotland and later on Normandy Beach, France. He was a proud member of the 583rd Ambulance Company and was involved in five major battles, including the Battle of the Bulge. After returning from WWII, he began work at Clinchfield Coal Company. He retired from Clinchfield after 37.5 years of service.
He was preceded in death by his wife of 62.5 years, Inez Mullins; son, Gary Mullins; brothers, Jackie Mullins and Ray Mullins; and sister, Jean Reedy.
He is survived by his sons, Freddie Mullins and wife, Karen and Larry Mullins and wife, Janet, all of Clintwood; brother, Harry Lee Mullins of Manassas; other siblings, Shirley, Linda, Kathy, Pam, Joyce, William and Randy; three grandsons, Freddie Mullins and wife, Marnie; Greg Mullins and wife, Kelly and Gary Mullins; four granddaughters, Vanessa Mullins, Kim Mullins, Laura Faye Robinson and Sierra Mullins and a host of great- grandchildren who will also cherish his memory

The family received friends Thursday, April 29, 2021 at Mullins Funeral Home Chapel at 6 p.m. with a song service that followed at 7 p.m. Funeral services were conducted Friday, April 30, 2021 at Mullins Funeral Home Chapel at 11 a.m. with Lester Mullins and Tommy Slemp officiating. A VFW military service was also conducted at Mullins Funeral Home. COVID-19 guidelines were followed and masks were required. Burial followed in the A. H. Willis Family Cemetery, Clintwood. Grandchildren served as pallbearers. Honorary Pallbearers were the Battle of the Bulge veterans. Online condolences may be made at www.mullinsfuneralhome.net.

Mullins Funeral Home and Staff are serving the Mullins Family.