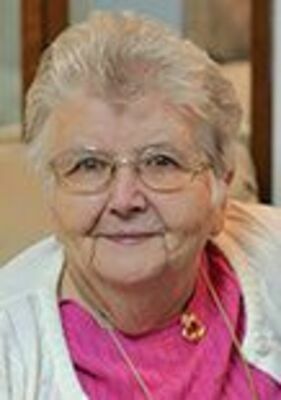 She was the daughter of the late Johnny Ellis and Goldia Edwards Colley.

In addition to her parents, she was preceded in death by her husband, Elmer Shearl Edwards; a son, Elvis Gene Edwards; daughter, Glenna Senter; grandson, Brian Nelson and brother, Donald Ray Colley. She was a homemaker and a member of Pound Fork Primitive Baptist Church.

The family received friends on Monday, June 7, 2021 at the funeral home where an evening service was conducted at 7 p.m. with Robb Knepp officiating.  In lieu of flowers, donations may be made to St. Jude Children’s Hospital.

Online condolences may be sent to www.haysifuneral@yahoo.com.

Haysi Funeral Home is in charge of the arrangements.

Board gets school project update