Put that on repeat: Ridgeview is going back to the big show 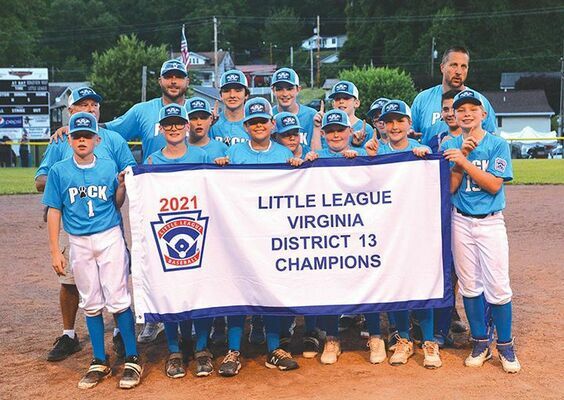 The Ridgeview 11-12 all-stars defeated Coeburn to finish the tournament undefeated. They will move on as the District 13 representative. PHOTO BY KELLEY PEARSON 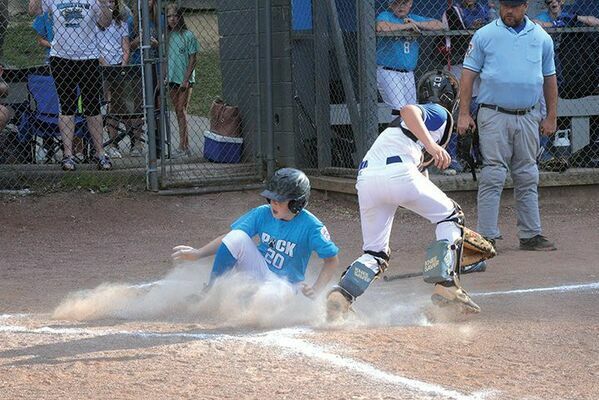 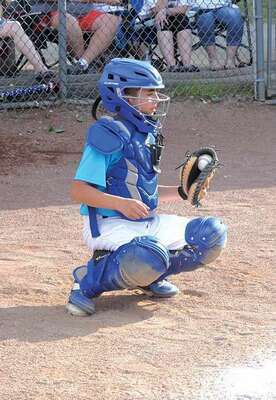 Cesar Padron was behind the plate for the 'Pack. PHOTO BY KELLEY PEARSON 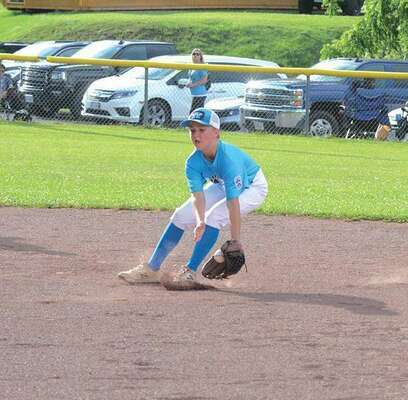 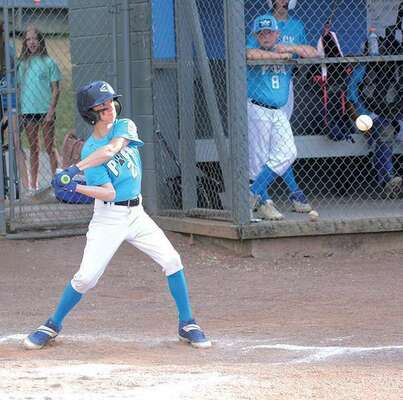 Landon Yates knew this ball was gone as soon as it left the bat. 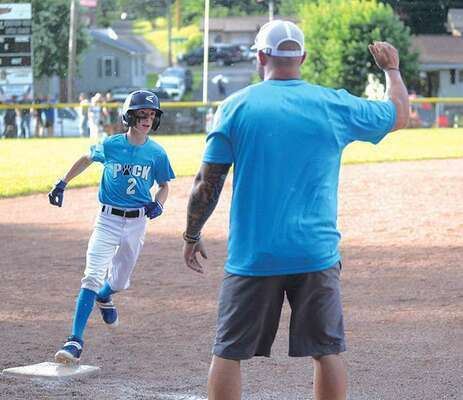 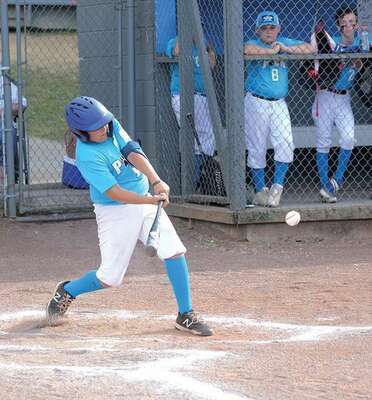 Ryder Taylor was Mr. Everything for the ‘Pack as he hit well, played third base and finished the game on the mound. PHOTO BY KELLEY PEARSON 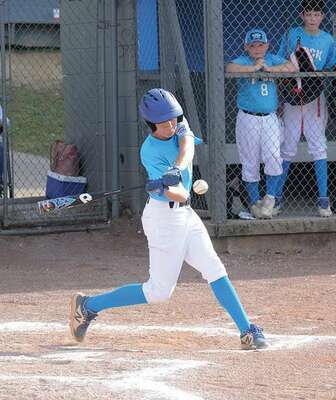 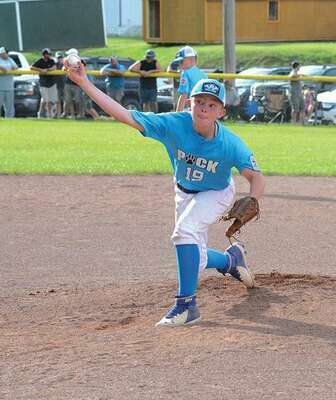 Xander Wallace was an ace in the hole for the Ridgeview team Monday. PHOTO BY KELLEY PEARSON 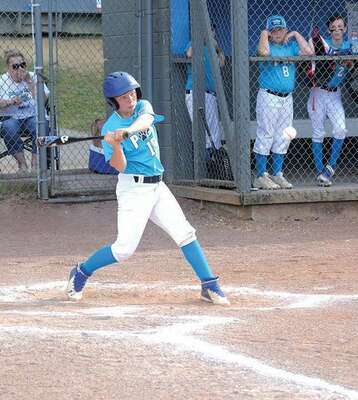 Xander Wallace keeps his eye on the ball. PHOTO BY KELLEY PEARSON
Previous Next

CLINTWOOD — After the COVID-19 pandemic wiped out the possibility of a 2020 season, the Ridgeview little league squad recuperated in a very big way this year. On Monday, they completed their undefeated run in the all-star tournament with a 10-5 comeback victory over a very talented Coeburn squad to repeat as District 13 champions.

The game was a lot of back and forth in the early innings. The Coeburn squad went up 2-0 in the second inning as Jed McCoy and Austin Howard crossed the plate. Colin Hill and Trace Marshall scored to even things up going into the third inning. After three, the score was tied 3-3 again.

“Even though we got down in the first inning, I was pretty confident,” starting pitcher Xander Wallace said. “We got scored on twice in the second inning, but we just kept coming back.”

In the fourth inning, Coeburn was unable to score. In the home half of the inning, Isaiah Adams drew a walk to get things started. Two batters later, Landon Yates blasted a home run to straightaway center. The two-run dinger was the first of his career. The ‘Pack took a 5-3 lead into the fifth.

Yates had been in a bit of a hitting slump and had been moved into the ninth position of the batting order.

“I did a lot better today than I have been doing. I knew I hit it hard because I couldn’t feel it coming off the bat,” Yates said of his long ball.

Coeburn never gave up. They were able to knot the score at five when Phillip Clay and Landon Pannell singled to get on base, move around the bases and finally score on wild pitches and passed balls.

The Ridgeview crew erupted for five fifth-inning runs as Jordan Barton, Baylor Beavers, Cesar Padron and Yates tacked on four more runs before Wallace put the icing on the cake with a solo homer. Ryder Taylor finished out the game on the mound for the ‘Pack, striking out the last two batters he faced.

Yates finished 2-for-3 with a home run and a triple. Taylor went 2-for-3 and reached base on a walk. Wallace had eight strikeouts while Taylor finished with four in just 1.2 innings of work.

Taylor, who hasn’t done a lot of pitching this year, really felt the pressure when it came down to him finishing out the game.

“My heart was beating out of my chest,” Taylor said. “My priority was to throw strikes. And that last batter, I just threw it in there as hard as I could and hoped he didn’t take me deep.”

“I love them like they’re my own sons,” Castle said. “They are a part of my family and my household. They’re in my yard, my kitchen and my food. They’re just fantastic young men.”

Castle also gave credit to parents and guardians as well as the head of Ridgeview little league, Donald Baker, for all of their hard work and dedication over the years.

“We walked from his house today and tipped our hat to him,” Castle said. “He’s put in more than 60 years of working with the little league baseball. We want to send our prayers out to him.”

The team also includes Brenton Cantrell, Jordan Castle, Josh Goodman and Dilan Lee. They will travel to Vienna, Va. for their tournament which starts on July 22.

After missing last year, Wallace summed up how this team feels about going back to state as the District 13 representative.

“It feels good to be going back to state. It’s so good to get to feel this feeling again,” Wallace said.