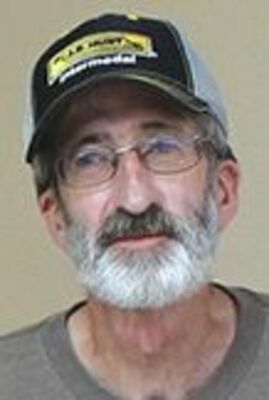 Lonnie Mullins, 64, of Pikeville, Ky. passed away Friday, March 5, 2021 at his residence. Lonnie was born on October 9, 1956 to the late Thurman Gene and Louise Stanley Mullins in Man, WV. Lonnie was a 1974 graduate of Belfry High School, Belfry, Ky. and served in the U. S. Army in the mid to late 70’s. He was stationed in Huntsville, AL and Germany. Lonnie was a member of The Coal Country Charity Riders, a motorcycle group in Pike County, Ky. The group does events such as poker runs to raise money for those in need, collecting and delivering toys for The Shriner’s Christmas in July ride to The Shriner’s Hospital in Lexington, Ky. and getting together on the weekends to enjoy having the sun on their faces and the wind in their hair while riding down the road on their cycles. Lonnie worked as a blaster in both the mining and constructions industries. The last few years of his life, he had become too disabled with his breathing and lung cancer to work. He enjoyed his motorcycle and was an avid reader, sometimes reading three to four books a week.

In addition to his parents, Lonnie was preceded in death by his maternal grandparents, Pheba Elizabeth (Granny) and Benjamin Harrison Stanley from Hill Ridgeand his paternal grandparents, Donald B and Clearsie Mullins from Clintwood along with loving aunts, uncles, and cousins.

A memorial gathering for Lonnie will be observed on Sunday, July 25, 2021 at 2 p.m. at the Hill Ridge Family Cemetery, Hill Ridge Section, Clintwood. Lonnie will be escorted to his final resting place by his younger brother Carlos and his fellow friends in The Coal Country Charity Riders on their motorcycles. His ashes will be buried between his beloved parents, Gene and Louise. Following the memorial gathering, a dinner will be held at the Clintwood Community Center hosted by his “Cuddy Clan” cousins.

He has been and will be sadly missed by his family and friends, especially Billy (Wiper) and Wayne. Online condolences may be made at www.mullinsfuneralhome.net.

Mullins Funeral Home and Staff are serving the Mullins Family.